LogMeIn is a cloud software company that simplifies how people connect to each other and the world around them. With millions of users worldwide, their products include LastPass®, a password-management solution for individuals and businesses; traditional remote access solutions, LogMeIn Pro™ and LogMeIn Central™; join.me®, a popular online collaboration tool; and customer engagement tools, BoldChat® and LogMeIn Rescue®. Mike Murray was brought onto the LogMeIn team to manage product analytics for LastPass, LogMeIn Pro and Central.

As a Business Intelligence Systems Analyst focusing on growth, his job is to standardize tracking and make sure the team is effectively leveraging data in the right places. To save the company time and resources, Mike recommended LogMeIn use a third-party analytics tool that would make it easy to keep track of product usage and engagement metrics.

LogMeIn first used another provider and thought it was good for getting a high-level picture of what people were doing in their products, but when Mike tried out Amplitude, he was amazed to find that Amplitude could provide a lot more out-of-the-box analysis than he expected. “Amplitude provides a deeper dive into metrics, the kinds of things we thought we were going to need to bring analysts in to do manually,” says Mike. “One of the key drivers for selecting Amplitude was that we could alleviate a lot of technical and analytical overhead,” Mike notes. With Mike managing the events and data flowing into Amplitude, LogMeIn’s marketing and design teams can find insights themselves rather than going through analysts.

Mike expressed how useful it is that people don’t need to rely on him and other analysts for reports, as it often happens at companies the size of LogMeIn. Says Mike, “Someone in product marketing or design can create a cohort with a few clicks and see how users are behaving after a new release or campaign. That is super powerful.” Amplitude also makes it easy for people to share data with each other by publishing graphs to public dashboards or scheduling email reports to go out on daily or weekly intervals. 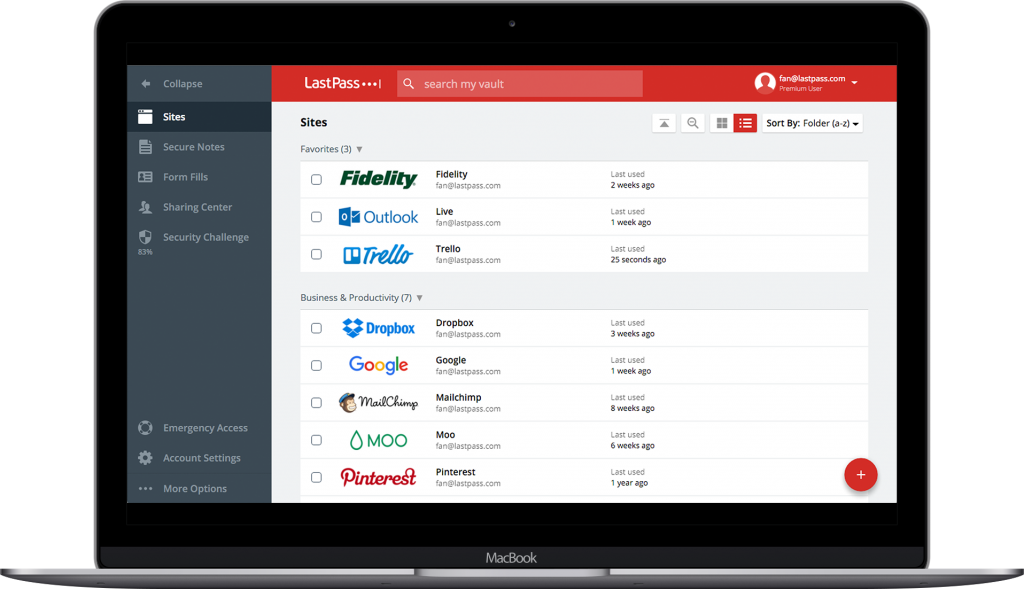 The Advantage of Speed

Doubling Retention with One Insight

As Mike said, he’s really impressed by what Amplitude offers out of the box—features like Compass, which scans through new user data and identifies behaviors that are predictive of retention. Using Compass, his team quickly zeroed in on what retains users in LastPass, the company’s password-management solution. Based on Compass data, the LastPass product team rolled out a test onboarding experience to encourage certain customer usage activity and quickly saw positive results in Amplitude. “By releasing a new onboarding tour, we were able to almost double our retention numbers, which was really impressive,” says Mike. This example sums up the value LogMeIn gets from using Amplitude: flexible, deep analytics that saves the company time and enables them to directly find insights, run experiments, and iterate and improve their product.