In the last 12 months, we’ve seen large enterprises continue to invest in powerful product analytics to innovate faster and grow long-term revenue. We’ve 3x’d our enterprise customer base in the U.S. and in Europe, adding new customers including Microsoft, Capital One, Hubspot, Dailymotion, and Booking.com To help us meet this growing demand, I’m excited to introduce two new hires to our team and funny enough, they share the same name. Erik de Muinck Keizer, a former Google executive, is now the General Manager of our EMEA team, leading our first international office in Amsterdam. Erik Watson, former Fastly executive, is our new VP of Enterprise Sales in North America. Erik and Erik will be will be crucial to scaling Amplitude’s operations as we address the needs of large businesses that are competing to build the best products. A little background on our newest execs: 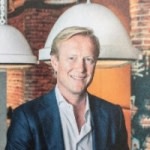 Erik de Muinck Keizer Before joining Amplitude, Erik de Muinck Keizer (or Erik DMK as we call him) spent 11 years at Google. While he was there, he was a founding member of Google’s Enterprise Division in EMEA, where he grew their Search Appliance product to become a profitable part of the business. He also founded and ran Google’s Cloud organization in Benelux, leading the division to become a sizable and profitable revenue driver. 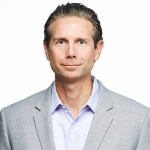 Erik Watson Meanwhile, Erik Watson brings more than 20 years of enterprise sales experience to Amplitude. Most recently, Erik comes from content delivery platform company Fastly, where he helped scale their technology enterprise sales teams and grow the business threefold. In addition, Watson spent the majority of his career selling to and consulting with Fortune 500 companies. Erik and Erik joining the team is a highlight in a number of exciting milestones we’ve achieved in the past 12 months: