Colombian “super app” Rappi has a bold vision of improving the lives of millions in Latin America. They started as a restaurant delivery service but have now expanded to groceries, medicine, clothes, and electronics. They have also launched new services like RappiPay and partnered with companies to offer pet services and scooter ridership via the Rappi app. In less than four years, Rappi has become one of the fastest-growing startups in Latin America. 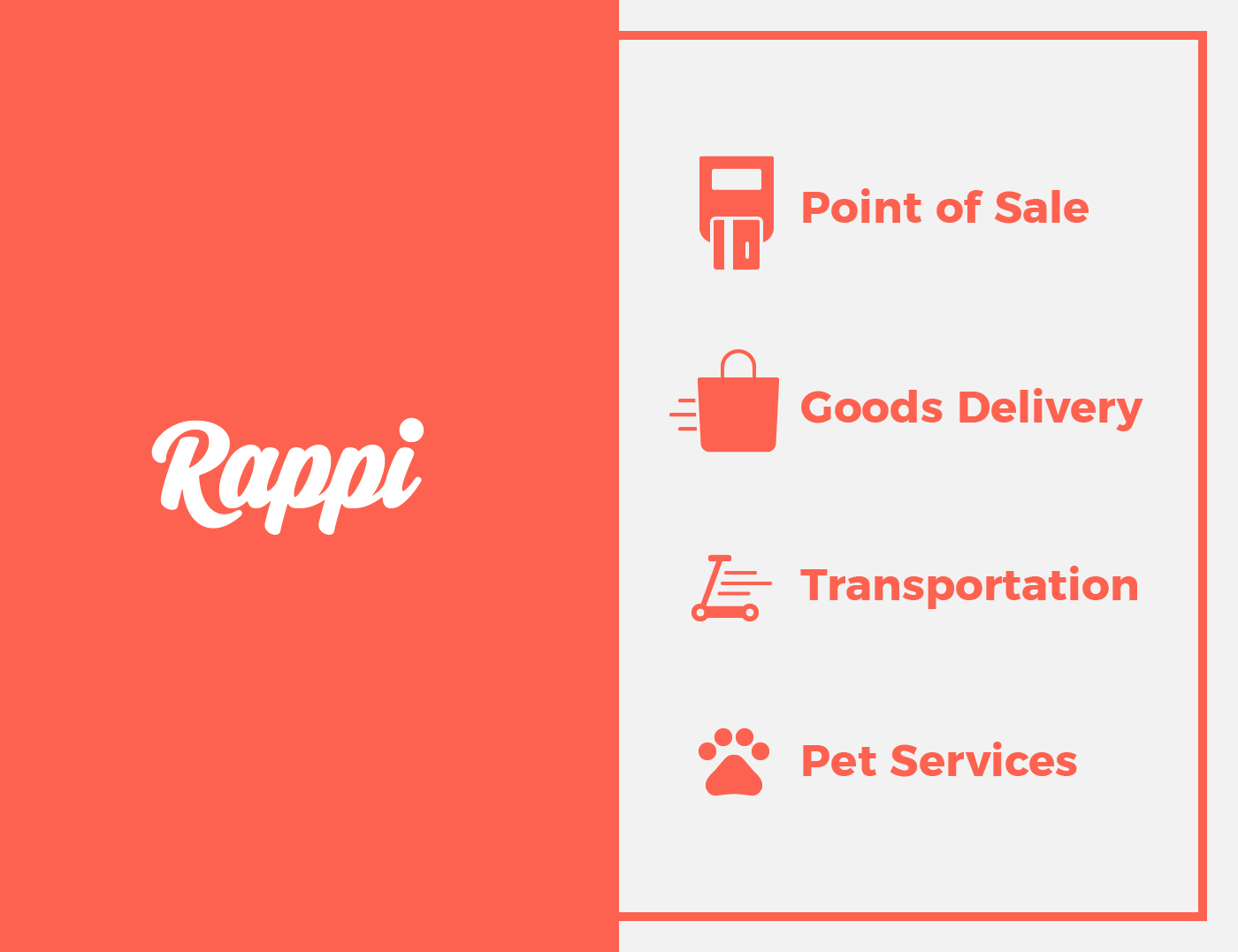 Prior to using Amplitude, Rappi struggled to understand how their product experience impacted all of their unique user segments. They could not drill into their conversion metrics to understand what types of users were converting through their critical funnels and why.

“Amplitude Engage makes it easy to deliver relevant, targeted campaigns to our entire user base. It’s the central place for our teams to interpret behaviors, manage audiences, and measure impact so we’re able to move faster. As a result, we’ve been able to reduce our acquisition costs by 30% while also increasing first-time orders by 10%. We could not have achieved those results without Amplitude Engage.”
Guillermo Plaza Roche Co-Founder & Product Lead

To scale their product and offerings effectively, Rappi partnered with Amplitude to:

They are powering this process through Amplitude Engage.

With Amplitude in place, Rappi went through a revolution. They created a new conversion team focused solely on driving users through critical funnels. And, they’ve built a machine capable of rapid iteration, with 240 people from ten different teams at Rappi using Amplitude on a weekly basis.

Using Amplitude, Rappi decreased the time it takes them to diagnose a bug from 3 weeks to 1 day. With Amplitude Engage, Rappi increased revenue from first-time orders by +10%.

Rappi brings in millions of new users each month, growing an average of 13% month-over-month. The main goal of the Growth Marketing team at Rappi is converting these new users into activated users who complete one purchase. The team drives conversion by using targeted messaging to distinct groups of users. Before using Amplitude, however, this was a laborious, highly manual process.

“We have hired a bunch of PMs and POs who don’t necessarily have an SQL background. But with Amplitude, we give them 1 week of training and they are good to go with the basics of understanding whether a feature worked or not and learning from each release.”
Guillermo Plaza Roche Co-Founder & Product Lead

Previously, Rappi would have to download a .csv of their user base and launch each campaign manually. This process resulted in a few mass campaigns sent out to all new users a couple times a month.

When the team started using Amplitude Engage with Braze, their strategy changed for the better. The Rappi team can now identify high impact segments and target custom audiences with personalized campaigns at scale. Using Amplitude, Rappi now programmatically pulls cohorts of new users on an hourly basis and segments them based on factors that define their first-time user experience. The team then automatically sends these cohorts to Braze via Amplitude Engage, and Braze sends out four customized campaigns targeted to the right audience. 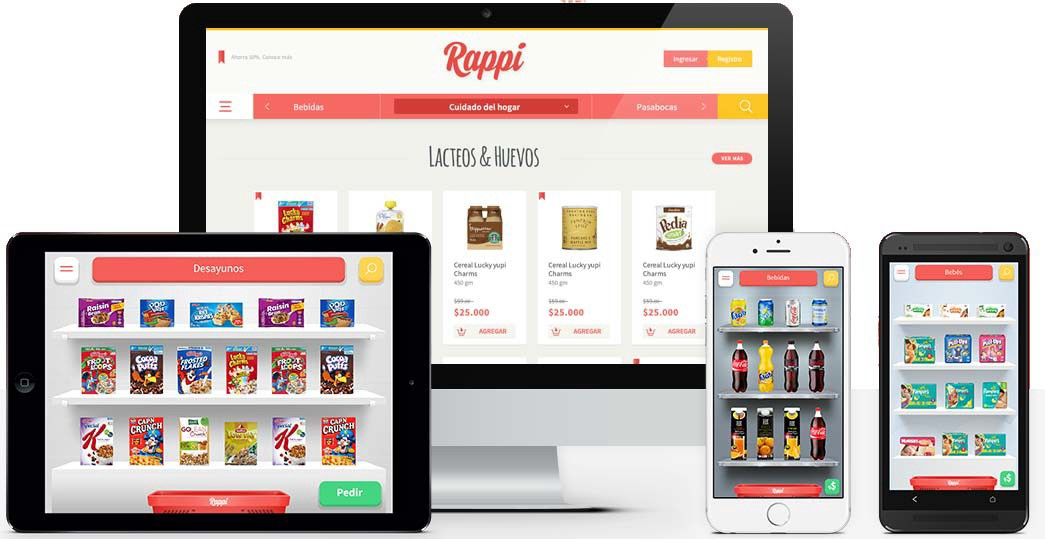 With these successes, Rappi’s Growth Marketing Team is doubling down on their Amplitude Engage initiatives and will be experimenting on how to drive more subscriptions for their loyalty program.

One of Rappi’s big bets was to create a Prime program which offers subscribers unlimited deliveries for a flat monthly fee. They experimented with this offering and pushed it to a subset of their total users. Leveraging Amplitude’s cohorts, precision tracking, and user segmentation, they confirmed the success of their initiative: Prime users place 3x more orders per month relative to other users and their average spend per order is 10% higher. 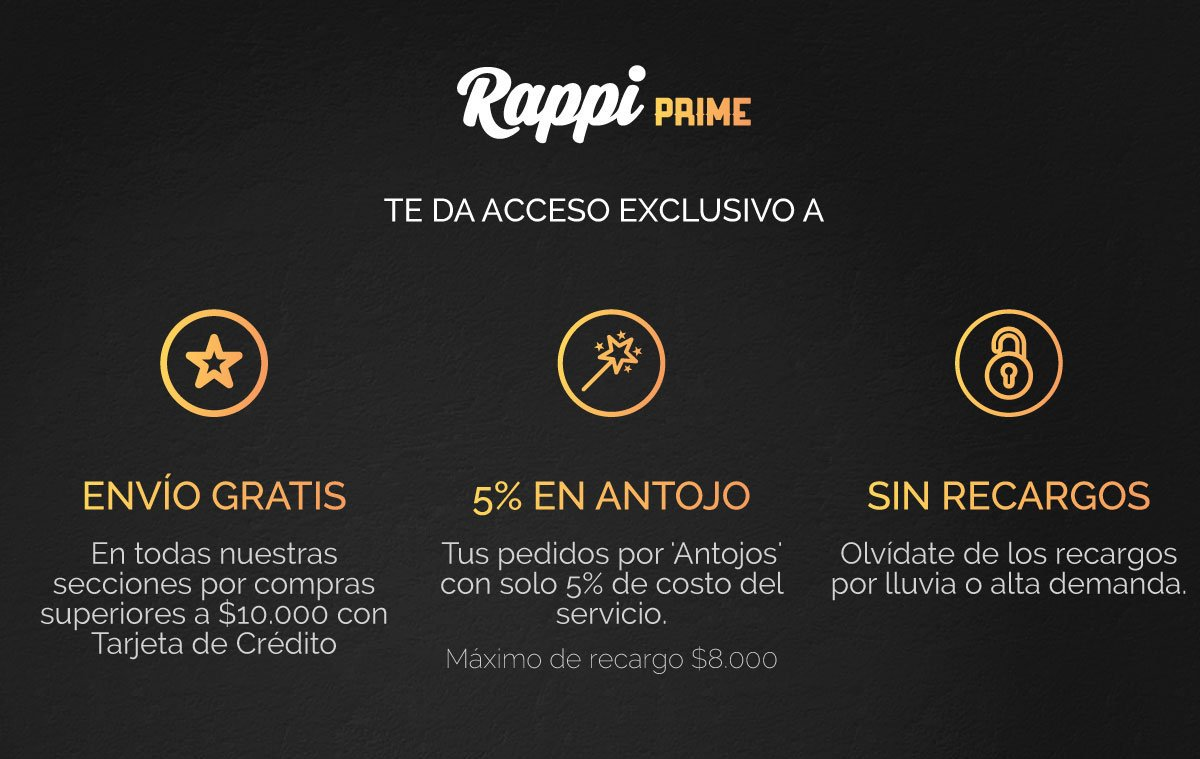 The Rappi team then tracked Prime users with Amplitude Cohorts so they could understand the downstream impact of this experiment. Using Amplitude’s Retention analysis, they compared Prime subscribers to Non-Prime users and saw a 2.5x retention rate increase for their Prime subscribers.

Encouraged by these results, the Rappi team is now focusing on Prime. As part of that focus, one of their key product strategies is to monetize loyalty. Using Amplitude’s AB Test View, Engagement Matrix, and Cohort Comparison to understand test performance, they now are running several experiments to encourage users to become Prime members.

In a recent experiment, the team tested whether it was more effective to give users a one month trial of Prime for free or at a low cost. They assessed their test sample size in real-time using in Amplitude’s Segmentation chart, and confirmed it was statistically significant in Amplitude’s Funnel AB Test View. Their analysis using Cohorts, Funnels, and Segmentation showed that users who paid a very low cost for their first month made 2-3x more orders in the first 30 days.

The team then took the results of their experiment one step further and continued to explore how this experience affected long-term user behavior. In Amplitude, they saw that users who paid a very low-cost for their month-long trial were 25% more likely to purchase a Prime membership than those who got the trial for free. Acting on this insight, Rappi made the very low-cost trial widely accessible to users.

The success of Prime made Rappi suspect that their users are sensitive to shipping costs. They found that when the shipping is ‘free’ (that is, covered by the Prime subscription), users order more frequently.

Looking at their purchase funnel in Amplitude, the team consistently saw a significant portion of their non-Prime users drop off once the shipping costs were added to the order total.

With this insight in hand, the team tested the effect of offering free shipping to returning users who placed orders over a specific dollar amount. The experiment worked: Free shipping incentivized users to place larger orders, resulting in a 15% increase in average order size.

For orders under a specific dollar amount, they continued to experiment with how they displayed shipping fees in the checkout flow. In one experiment, they removed the shipping cost from their View Cart page and only displayed it on the following Checkout page.

At first assessment, it looked like their experiment achieved a 5% increase in users moving forward from View Cart to Checkout.

But when they looked at the downstream effects, they saw that their overall conversions—orders placed—decrease by 5%.

The team was able to explain the nuances of their test results to their colleagues with an Amplitude Notebook. Presenting the results of their experiment helped everyone understand why they chose to roll back a test that seemed successful at first glance.

MEASURING THE IMPACT OF CHANGES

Rappi tested a number of measures to improve the shopping experience. As part of this effort they tested the impact of a new personalized index for users, which drove a 2% increase in total order volume.

“I use Amplitude every day for the experiments we run. Every time we release a new feature that I’m really excited about, I create the Amplitude dashboards myself, ” says Guillermo Plaza Roche, Co-Founder and Product Lead. “We were using Mixpanel before, and it didn’t work as well because it didn’t have the depth of analytics that Amplitude does. Amplitude is better because of how easy and fast it is.”
Guillermo Plaza Roche

Because Rappi operates in seven different countries, new releases can result in region-specific bugs in the conversion funnel. According to Isabella Orduz, Rappi’s Product Owner for Conversion and Analytics, Amplitude has dramatically improved the speed of their bug diagnostic process by allowing the team to track conversions by country cohort.

“Before Amplitude, it could take us three weeks to make a full diagnosis of a problem that was preventing some users from successfully placing an order. Right now, with Amplitude, we can do it in one day,” says Isabella.

Guillermo, Rappi’s co-founder, adds, “Not only do product managers have access to Amplitude, but people throughout the organization check it daily. The city and country managers use Amplitude to see their own metrics. If conversions drop for a specific store or a specific location in Brazil goes down, we see it through Amplitude and then solve the issue.”

SETTING GOALS BASED ON DATA

Rappi has also set an ambitious target metric to increase the number of users who place a specific number of orders in their first 20 days. The Rappi team discovered this important milestone by using Amplitude to examine which behaviors affect long-term retention. They learned that retention increases with every additional order a person places in their first few weeks of using the product. To track the impact of the different experiments that moved the needle and increased repeat purchasers, the team used Amplitude’s Cohorts, Funnels, AB Test View, and Retention analyses.

Why Rappi Switched from Mixpanel to Amplitude

Rappi’s key analytics goal was to understand their conversion metrics. However, as a global company with multiple customer segments, Rappi has a very diverse audience. Mixpanel was limited to high level insights that were simply not powerful enough to help the Rappi team fully understand their conversion data. They needed a more granular and customizable analytics solution.

After testing out different analytics products, the Rappi team chose Amplitude because of its advanced funnel features (AB Test, Conversion over Time, Holding Constant) and the ease of use that empowers collaboration.

Amplitude’s software solutions are written in Java, Python, and Javascript and hosted on Amazon Web Services. The speed, support and austoscale capabilities of AWS large-scale services allow Amplitude’s team to stay focused on building great products that deliver impact and value to its customers.