Last month, our CEO Spenser Skates revealed what diversity meant to us at Amplitude and stated the diversity team’s mission statement.

Last month, our CEO Spenser Skates revealed what diversity meant to us at Amplitude and stated the diversity team’s mission statement. Since then, we’ve been working hard to look internally and bring about incremental, meaningful changes to make Amplitude a more inclusive workplace. As a big step in that direction, last week, Amplitude had its first diversity and inclusion workshop, organized and led by The Justice Collective. We know a lot of companies are probably looking into trainings themselves. Since we put in a lot of time and effort into choosing the right kind of training for us (and learned a lot in the process!), we thought it might be useful to outline how we did our research on diversity and inclusion training, what was important to us as a company, and our overall thoughts and feelings after the first workshop. [Tweet “Workplace #Inclusion Starts With Trust”]

Searching for the right kind of diversity and inclusion training

Our goal for having a company-wide training was to establish a shared vocabulary and help everyone learn some basic concepts as a starting point to improve inclusivity at Amplitude. It’s hard to improve unconscious bias or prevent microaggressions if people aren’t aware they exist, or don’t have a good way to talk about them. We started out by looking into what other companies were using for their diversity training. Some companies made parts of their training available to the general public (Watch: Google’s Unconscious Bias Training), which gave us an idea of what to expect. Other times, just asking another company pointed us in the right direction. 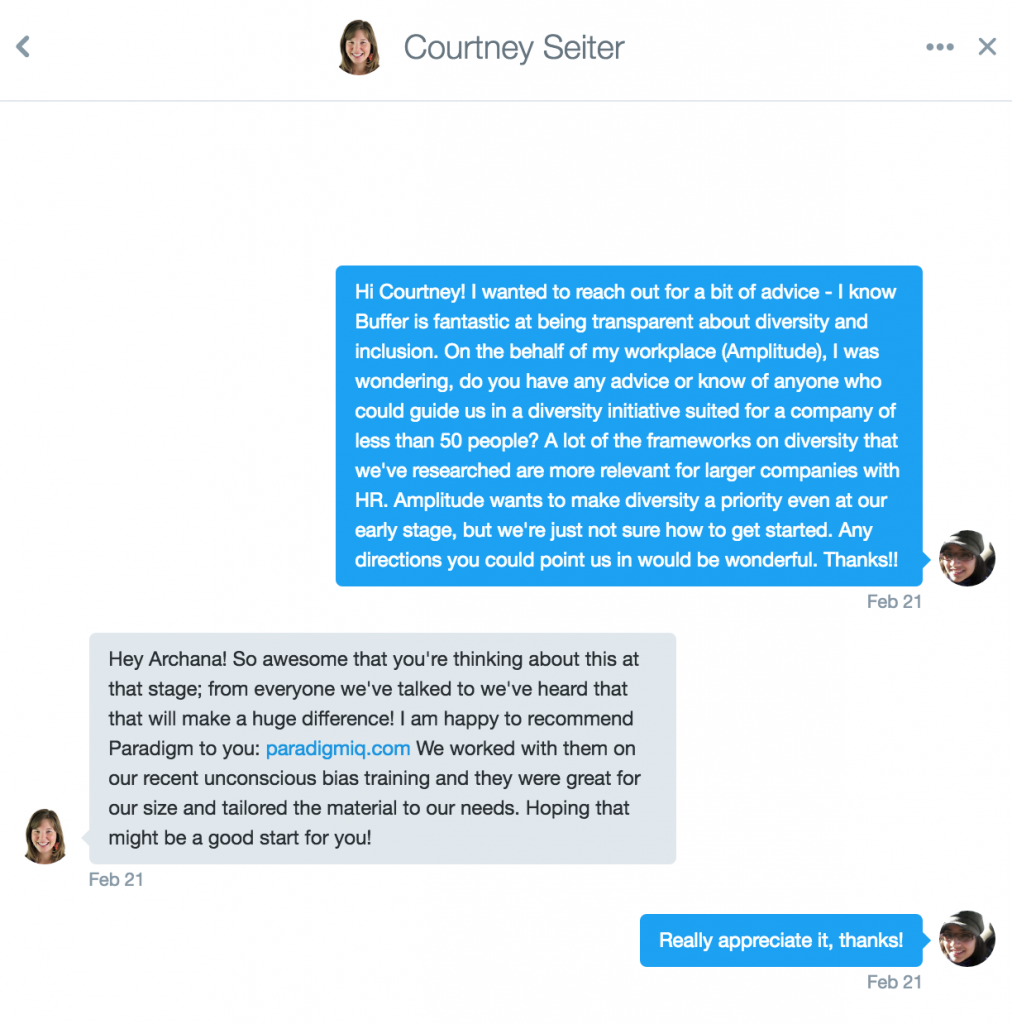 Twitter DM with Courtney Seiter, Inclusivity at Buffer Googling ‘diversity training’ gave us no shortage of results, but most of the frameworks we dug into weren’t exactly aligned with what we’re most concerned about at the moment: improving workplace inclusivity.

What we were looking for

Most of the trainings we investigated were hour-long lectures, but the Diversity Team quickly felt the company wouldn’t get as much value out of that structure. We were looking for a few key things in our D&I Training:

Working with The Justice Collective

We first learned about The Justice Collective during a diversity meetup in San Francisco, several months ago, where we heard CEO and co-founder Danielle DeRuiter-Williams present on unconscious bias. 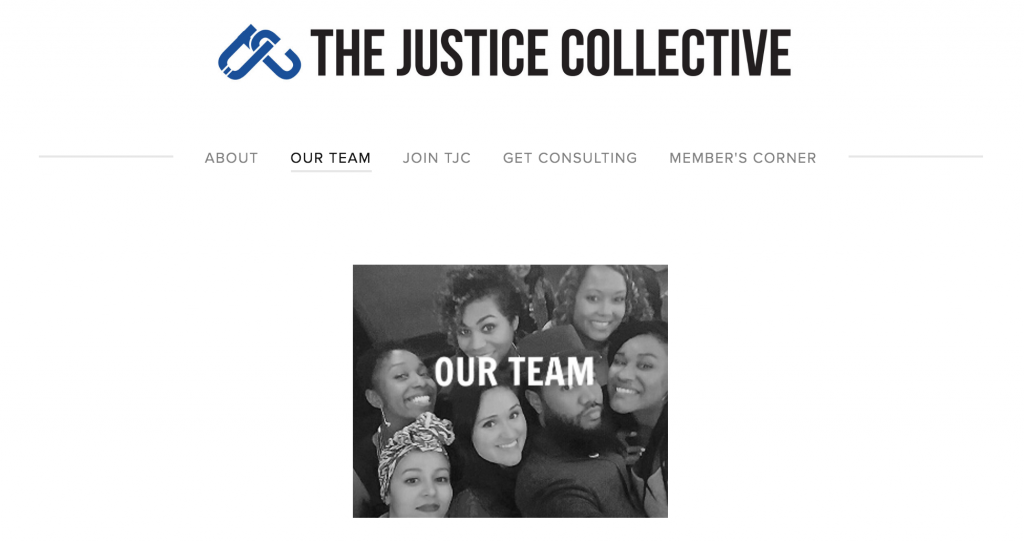 The Justice Collective team page TJC helped us come up with a plan for three separate workshops, specifically tailored to individual contributors at Amplitude. Overall, the Diversity Team felt that hiring managers should have a separate workshop, since approaching diversity and inclusion from a management perspective is a whole other challenge.

The structure of Amplitude’s D&I Training

Our three-tiered training structure is laid out like this:

“Compared with a 45-min video at another company on ‘Diversity’ this is so much more valuable. It is better because it’s live, the facilitators encouraged participation and as employees, we were able to interact with one another.” – Jay O’Keefe, Analytics Strategist at Amplitude

Takeaways from the first workshop

The first workshop focused on teaching us a few different things:

_ “The sharing was the most powerful thing. The concepts helped put a framework and vocabulary on things, but the human interaction is what drove it home.” – Alicia Shiu, Product Marketing Manager at Amplitude._

Before Danielle and her colleague Sikander Iqbal began their presentation, we took a moment to go around the room and answer one question: “I am from…” The question wasn’t just about geography; it was a question to probe identity. The answers we heard reflected how our fellow co-workers saw themselves:

“It was good to have a neutral third party there to allow us to open up. It was easier to confront things you didn’t know because the learning environment was so well-constructed.” – Jason Kuhlman, Brand Experience Designer at Amplitude

During the workshop Danielle and Sikander were clear on one thing. They weren’t here to change anyone’s thinking overnight. Their aim was to make us more conscious of the challenges faced by individuals as a result of social inequity. In this workshop, we understood diversity as not just a workplace challenge; we understood it as a human challenge. And we were able to see that challenge in the lives of our coworkers. In the upcoming workshop next month and the town hall, we’ll learn how to mitigate unconscious biases on an individual level and discuss how to make Amplitude as a whole a more conscious and inclusive workplace. [Tweet “Trust is the necessary foundation for any efforts to improve inclusion in the workplace - @AliciaShiu”] In the meantime, we’d love to hear your thoughts on diversity and inclusion. Have you participated in diversity training at your organization? What did you think of it? What initiatives have you or your organization taken to improve inclusion? Let us know in the comments below. To read more about diversity at Amplitude, be sure to check out our previous posts here: