What Pied Piper Should Be Doing To Boost Retention

Here's hoping the Pied Piper team reads our post before it's too late. :)

(Note: This post is full of spoilers for the 6/19 episode of Silicon Valley.) At Pied Piper’s 500,000th install party, Monica Hall (assistant to Raviga Capital CEO Laurie Bream) offered CEO Richard Hendricks an apology for her harsh feedback on the beta version of the Pied Piper app. She’d called Pied Piper “over-engineered” and barely sensical, but Richard and the team had heard nothing but praise from their other beta testers. They shrugged her feedback off. Now that they were nearly at a half million installs of the app, Monica was ready to eat her words. Then Richard dropped the bomb. 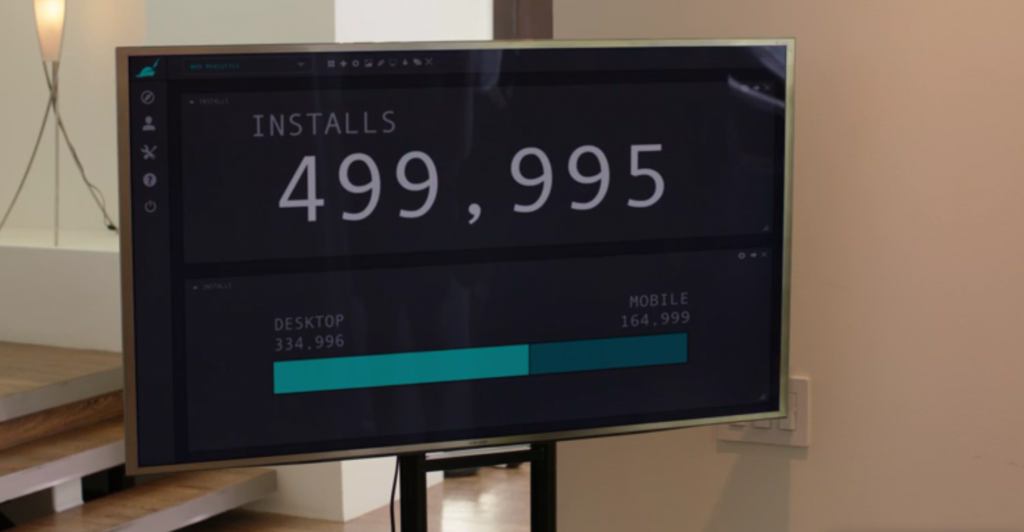 “As you know,” he said, “Installs isn’t really the metric that matters. We need daily active users, people who come back to the platform.” Raviga wants to see a quarter million of these daily active users before they invest in a Pied Piper Series B.

Yep, that’s the face you would make if you just found out your product’s hugely hyped-up launch had just left you 231,000 active users short of your benchmark. The future of Pied Piper, the darling of Silicon Valley, was starting to look grim. [Tweet “What Pied Piper Should Be Doing to Boost #Retention @SiliconHBO “] Based on the user testing we see later, here’s how we think Pied Piper could pick up the slack, get those users back, and build the sticky app they deserve.

Three types of complaints dominate the focus group later in the episode: 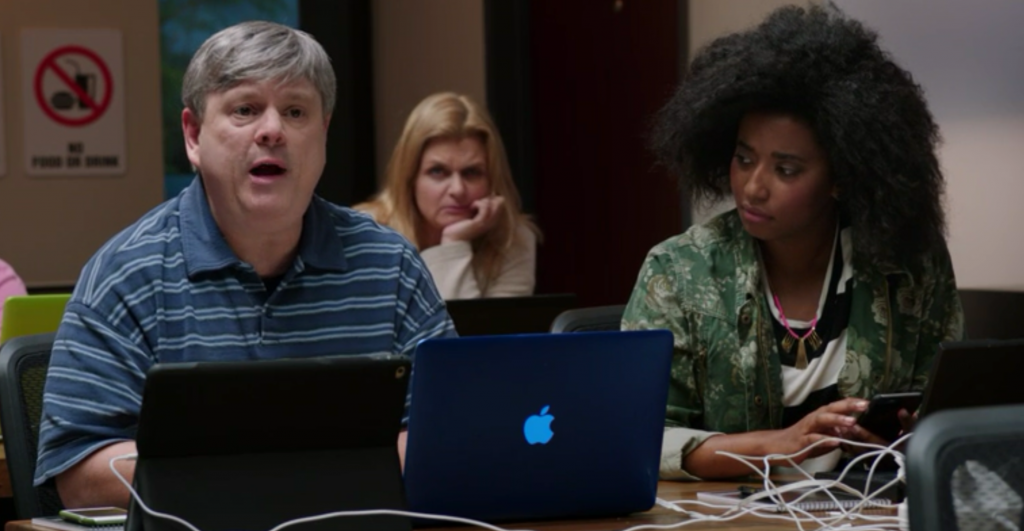 Pied Piper’s technology, of course, means that barely any storage _will _ever be used and that downloading files _is _unnecessary. But if your product is going to break with tradition so dramatically, you can’t expect your users to keep perfectly up to speed. Richard is able (after what looks like hours of explanation) to address many of the issues raised and he leaves the focus group feeling excited about the product. He does it by explaining the actual value proposition of Pied Piper for what may be the first time in _Silicon Valley: _all of your files, instantly available, on every platform. In other words, no need for a Download button—just tap the file and it’s there. He makes a critical mistake after the user testing focus group, though. He interprets his success explaining Pied Piper as a sign that he should go do more and more promotional focus groups rather than getting back with his team and implementing these insights.

2. Focus On Retention By Simplifying The Product

While Richard is off advocating for Pied Piper to groups of confused early adopters, a video company is producing a step-by-step guide for them to run as an ad. The idea of the video is to bridge the now-obvious knowledge gap and teach regular people how to use Pied Piper. The result of the cash-strapped campaign is a horrifying, green, Clippy-inspired monstrosity that dances around their dashboard chirping, “Someone looks lost!”: 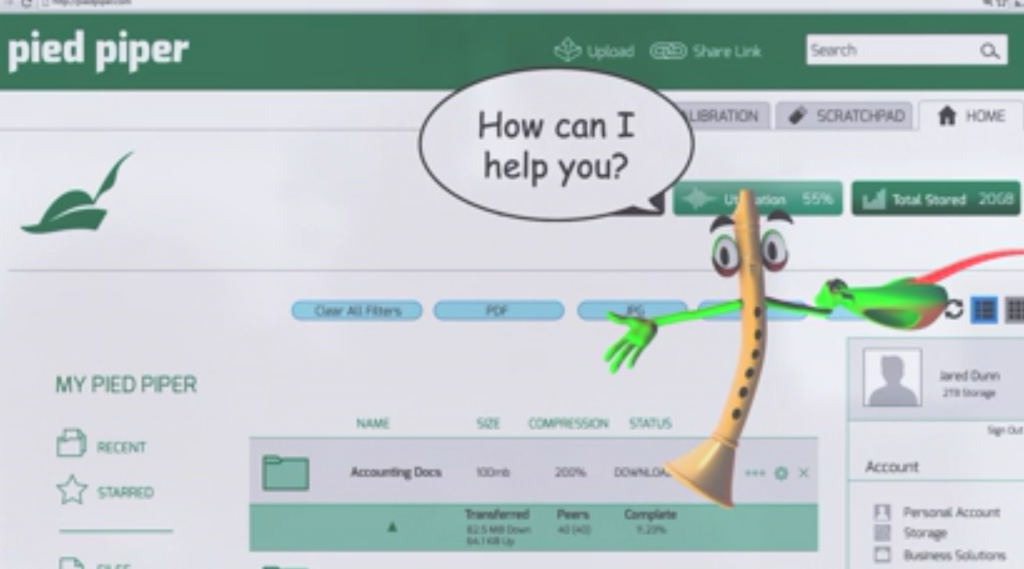 Pied Piper doesn’t need to make an advertisement, though. They’d already poured a great deal of time and resources into promotion via tabling at conferences, a flashy car giveaway, their “Tables” launch ad, and further educational seminars. It wasn’t working. Their app’s bucket was leaking. When people fundamentally don’t understand your product, then acquiring more users is a waste of time. What Richard and his team need to focus on is simplifying their product.

How to start fixing the leaky bucket

As Fareed Mosavat of Instacart has said, it’s often the small operational issues—bugs—which can give you the biggest retention boosts early on. Richard might say the “0 kilobytes” message and non-existent Download button were features, not bugs, but changing the terminology does not change how they affect the end-user. What matters is whether the decisions you make in product and design garner results. In Pied Piper’s case, the decisions that were made created a product that was simply too hard to use. Fixing a problem like that requires a significant mental shift in how you approach your product. Building retention is not a job well-suited for the big-ego founder who believes that simplifying his product is equivalent to “cutting the wings off an airplane.” To do it, you have to swallow your pride, talk to your users, and then dig deep into your app with analytics. That’s what’s going to help you both diagnose and solve fundamental usability problems like:

3. Step It Up By Looking At What’s Going Right

We’ve written about the vagaries of the daily active user before. The team at Pied Piper certainly isn’t falling into the trap of getting overly excited about theirs—what they might be missing in their DAU numbers is actually the good news. Here are some metrics they could assess to see what’s going right:

The users who are uploading, downloading, and storing the most data are part of an extremely valuable cohort of users that Pied Piper would do well to probe. They could be just as informative, in their own way, as the focus group of totally lost users. By splitting up their user base into cohorts based on behavior rather than simply looking at them as one mass, the team could draw insights into how they can encourage similar behavior among other users.

The Danger In The Hype

What would you do if I told you that Pied Piper was a real app in the App Store? You’d probably go download it. You may not need the service they offer, but if you’ve been watching HBO’s _Silicon Valley), _then you’re probably going to try it out. After all, Pied Piper is hot right now. They won TechCrunch Disrupt. They successfully beat Hooli, the behemoth of the tech world, in a nasty legal dispute. And you don’t have to understand file compression to know how huge their 5.2 Weissman score was. 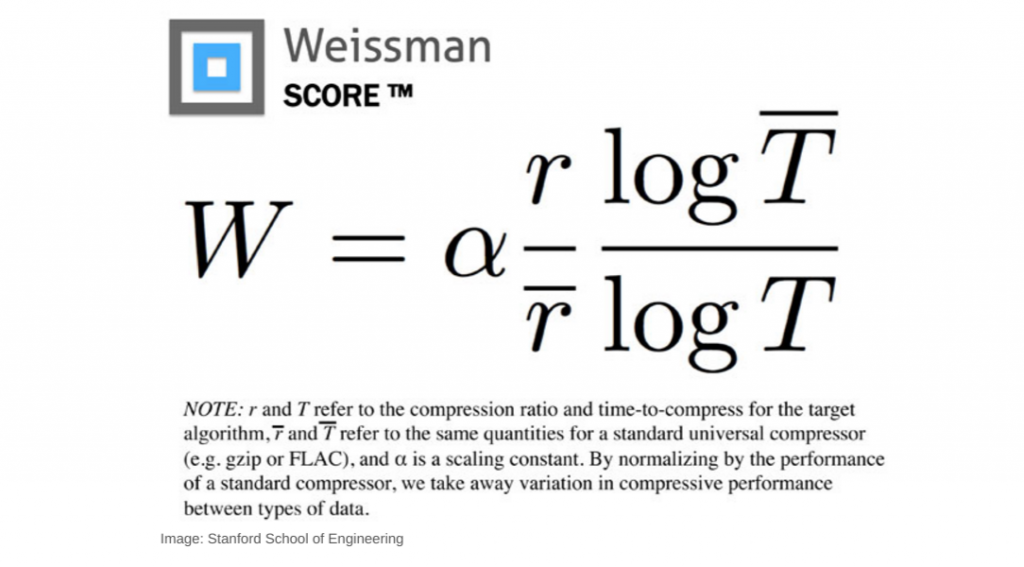 (Source: IEEE Spectrum) But launching a product to a ton of hype is actually really dangerous. As the Pied Piper team found out last Sunday, even the perception that your product doesn’t live up to its hype could be deadly. And you can’t cure that perception with click farms and other sleight-of-hand tricks. You cure it by doing a few simple, repetitive things long past the point where other people would give up or lose interest. You watch how your users interact with your app. You digest their feedback and look at the numbers. You build a better version of your product. And you repeat. Here’s hoping the Pied Piper team reads our post before it’s too late. :)