In many ways, 2016 has been the year of the bot. With so many successful companies – Slack, Facebook, Microsoft, Google – at the forefront of the chat bot revolution, some have even wondered if this was the beginning of the end for apps as we know it. We surveyed over 150 individuals who work at software companies in product management, engineering, C-suite, and marketing roles to ask them how they use (or are planning to use) bots for their application. The results are clear. The media might be playing up chat bots right now but many folks aren’t quite convinced of their value.

An overwhelming majority – 88% of respondents – currently do not have any kind of bot deployed in their application. Interestingly among those whose apps _did _use bots at the time of the survey, 33% were recent adopters of bots, with only 1-3 months since the bot was added to the app, and 33% were early adopters, with over 1 year of bot use. 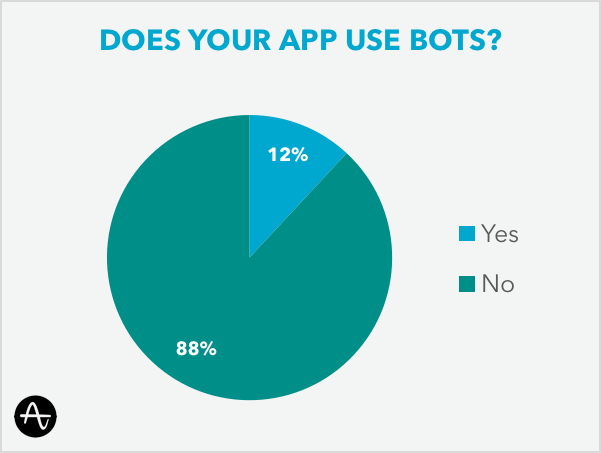 A similar proportion of respondents – 83% – say they have no plans to add bots to their application in 2016. 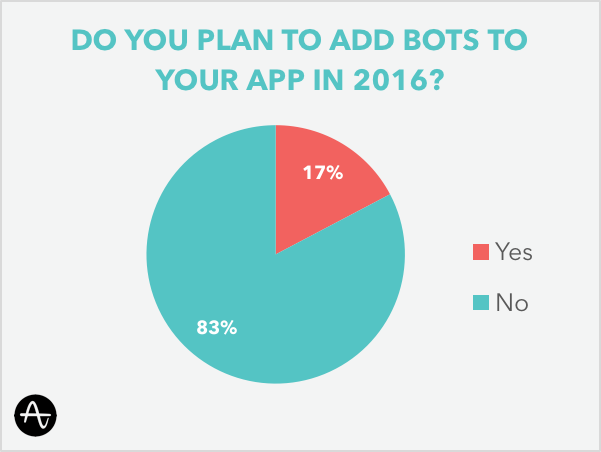 This seems to be due to the fact that a vast majority – over 72% – don’t fully understand the value that bots can bring to their users. Among the small number of respondents who did have bots in their product roadmap, about 54% said they were planning on building bot integrations for Facebook. Slack was a close second, with 49% planning on a Slack bot integration in 2016. (Survey respondents were permitted to choose more than one answer.) 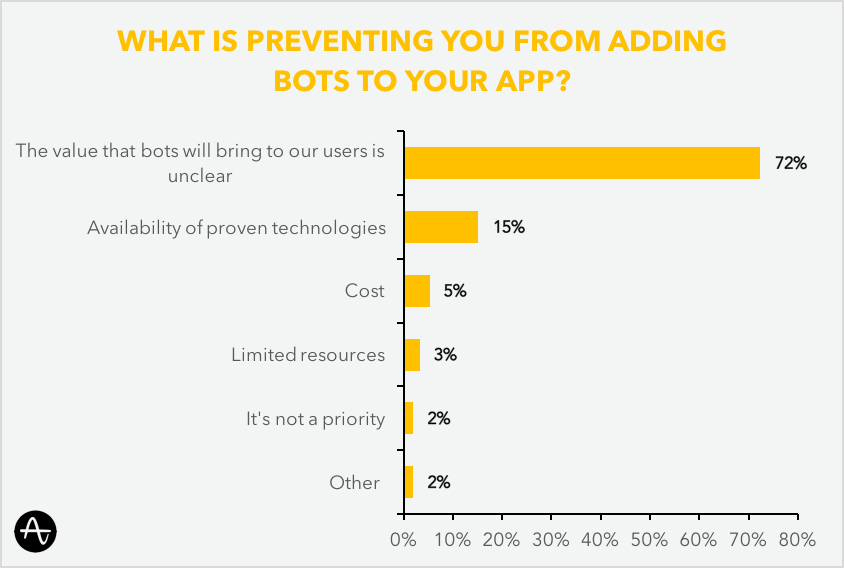 Despite media reports that app growth is slowing down and that bots are well poised to overtake them, developers are, as of yet, unconvinced of the advantage bots can actually bring for their business. Until the ROI of bots can be clearly demonstrated, it’s likely they won’t be replacing mobile apps any time soon. As Amplitude CEO Spenser Skates said in an interview with Mobile World Live, “When you’re dealing with limited time and resources, it doesn’t make sense to prioritize something that you’re not sure will improve your users’ experience.” Time will tell whether bots will truly head the next mobile revolution or whether companies should stick to focusing on just building better apps.