What Improv Can Teach Product Managers

An interview with Ellie Powers, Group Product Manager for Android and Google Play

Saying “no” is a highly revered skill in business. As the thinking goes, the ability to say “no” demonstrates your value on prioritization and focus. Ellie Powers, a tenured product manager with 13 years of product management experience in three countries under her belt, sees things a bit differently when it comes to building products. {img:right} 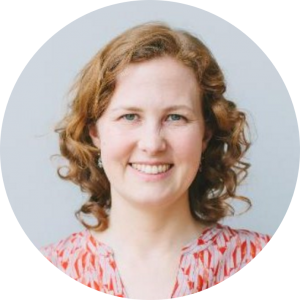 When a member of her team brings up an idea, she doesn’t say “no” (not at first anyway) and she doesn’t say “yes.” She says “Yes, and.” Years in improv comedy taught Ellie the concept of “Yes, and,” accepting and building on an idea rather than shooting it down right away.

“If someone walks onto the stage and says, ‘Ah, what a beautiful day in this park, brother,’ you don’t want to say, ‘I’m not your brother and we’re not in a park, we’re under the sea’. That’s funny for a second and then the scene dies,” Ellie explained, drawing on her years in the Roadkill Buffet Improv Comedy group at MIT.

Today Ellie is applying the “Yes, and” very successfully in her role as Group Product Manager working on Android and Google Play. “It can be something that’s great in terms of brainstorming new ideas as a product manager, she said. “It doesn’t mean you’re going to ship everything you say ‘Yes, and’ to, but it allows you to explore different ideas and for certain types of conversations where it’s appropriate to really shift into a different way of thinking.”

In this interview, we speak with Ellie about her approach to incorporating improv skills into product management.

We hosted Ellie at the Great American Music Hall in San Francisco on June 12th for DATAfest, the official opening reception for Mind the Product San Francisco.

Amplitude: How has your work with improv impacted the way that you develop products?

Ellie: I’ve been a product manager for about 13 years now. A big part of our job is around creativity and connecting with people and I think improv comedy really has a lot to do with that. When you’re trying to think through problems, you really want to keep yourself in a creative state of mind and be open to different ideas and to encourage the team to do the same.

When you’re trying to think through problems, you really want to keep yourself in a creative state of mind and be open to different ideas and to encourage the team to do the same. -Ellie Powers

Do your colleagues at Google know that you bring in these elements of improv into the way you develop products?

Ellie: A little bit. One thing I do through work is work with an organization called Speechless that does improvised PowerPoint presentations and we actually do those at Google I/O. I’ve participated in that for a few years and a lot of the people I work with know that I participate in that and have come to see some of the shows. I think they accept the–I don’t know if I want to call it a quirky personality–but a person who likes to have fun and who likes to be inclusive. 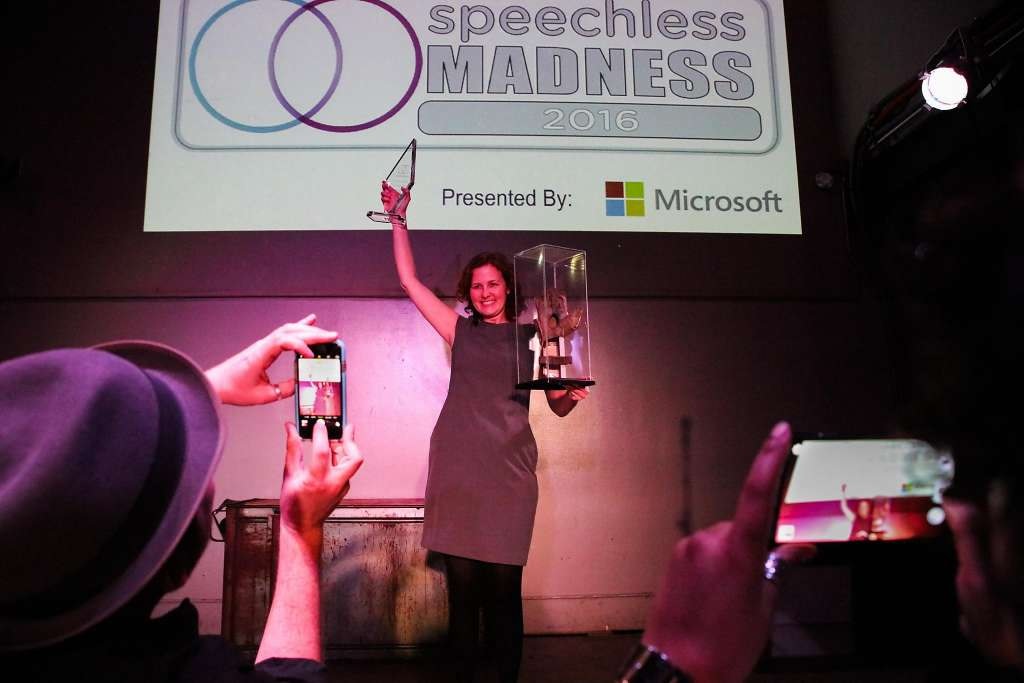 It would be so funny to do a Speechless presentation at a meeting in Google for five minutes to get everyone paying attention.

Ellie: I’ve thought about that; I’m waiting for the right moment.

Moving away a little bit from improv and focusing on Google Play, can you tell us what improving the Google Play ecosystem means.

Ellie: Yeah, I think with any sort of ecosystem, it’s different than other types of products because you’re not just thinking about one user, you’re thinking about multiple different types of users as well as other organizations. You think about the people who buy Android phones, who download apps from Google Play, use them potentially for a long time or potentially even spend money in those apps. You’re also thinking about the developers who produce those apps and those developers want to create a business to get their word out in some way. That can be interesting because sometimes you have to think about the how to balance different needs from different users. On the one hand, developers want to have as much information about the users as possible, but what information is actually good for users to be shared? It’s really about combining all of those different interests and figuring out what to do.

You’ve had a lot of accomplishments and worked in many different countries. What got you interested in the product manager role?

Ellie: Even as a child, I knew I wanted to work in the tech industry. I actually grew up here in the Bay Area, which is kind of unusual but I promise I was not the only kid in my school when I was young. I remember having my first computer, I remember using Mac Paint to draw little pictures. I thought that was pretty exciting. I remember playing computer games and I thought, “Okay, I want to be a computer programmer”. There was always this nagging thought in the back of my mind, which is, “Okay, Ellie, you like computers but you like people more. What are you going to do about that? Where’s the space for you in the industry?” I went and studied computer science and I liked it, but also, that nagging thought was still there. While I was a student, I had an internship as a PM and I thought, “Wow, this is amazing, this is something where I can use my technical background that I have, but also do more than that”.

Where do you think product development today is falling short?

Ellie: That’s a good question. One thing I’ve been thinking about a lot recently is this idea of impact and sustainability. It’s related to product development but not exactly. I think the tech industry has been really great at building products that solve certain types of problems but I think these days we’re seeing that there are a lot of really serious social issues. Issues that are broader than “I just want to communicate more quickly with other people”. If you’re trying to solve poverty, can that be solved through new products? Is it just a matter of government aid? How do you look at that? In the product development process, thinking about not just pushing for the metric you want to solve, but what is the broader impact that you want to have? Is there some way to create more sustainable businesses that have longer term, positive social impact?

Do you think that working internationally is important to be able to solve these problems? You worked in France and in the UK. How has that impacted your ability to understand the user and the impact of the product?

Ellie: It’s really helped a lot. Growing up here in the Bay Area, it was easy to develop a myopia of “technology is the solution to everything and everyone cares about technology”. If you go to Paris, they don’t. They’re doing stuff with generally a lot less technology and things are going pretty much fine. I always look at that and go, “Well, it could be so much easier”.

By living abroad you’re able to gain empathy for a wider range of people and how they approach life and how they might have goals and objectives and ways of being that are very different than your own.
-Ellie Powers

One of the things I learned the most abroad is about how many different ways there are to live and that everything about how you live and the choices that you make is just that, it’s a choice. By living abroad you’re able to gain empathy for a wider range of people and how they approach life and how they might have goals and objectives and ways of being that are very different than your own.