Humans are preternaturally skilled at amplifying their inherent abilities through tools. We chisel rocks, we ride bicycles, we use computers.

Most products out there today, however, aren’t working to expand or amplify the range of our abilities or creative potential. They’re providing convenience. They’re allowing you to do the same things you were doing before with greater ease:

Ableton was built by two German techno DJs to make it easier to run through the complex series of loops and samples that made up one of their average live shows. Now, it’s credited with fueling the 2000s music festival craze—as “suddenly everyone who’s producing electronic music has a clear path how to bring [it] on stage.” Every product falls somewhere on the spectrum between convenience facilitation and creative amplification, and between horizontal (many use cases) and vertical (few use cases). Most fall in the category of vertical & the convenience facilitating: 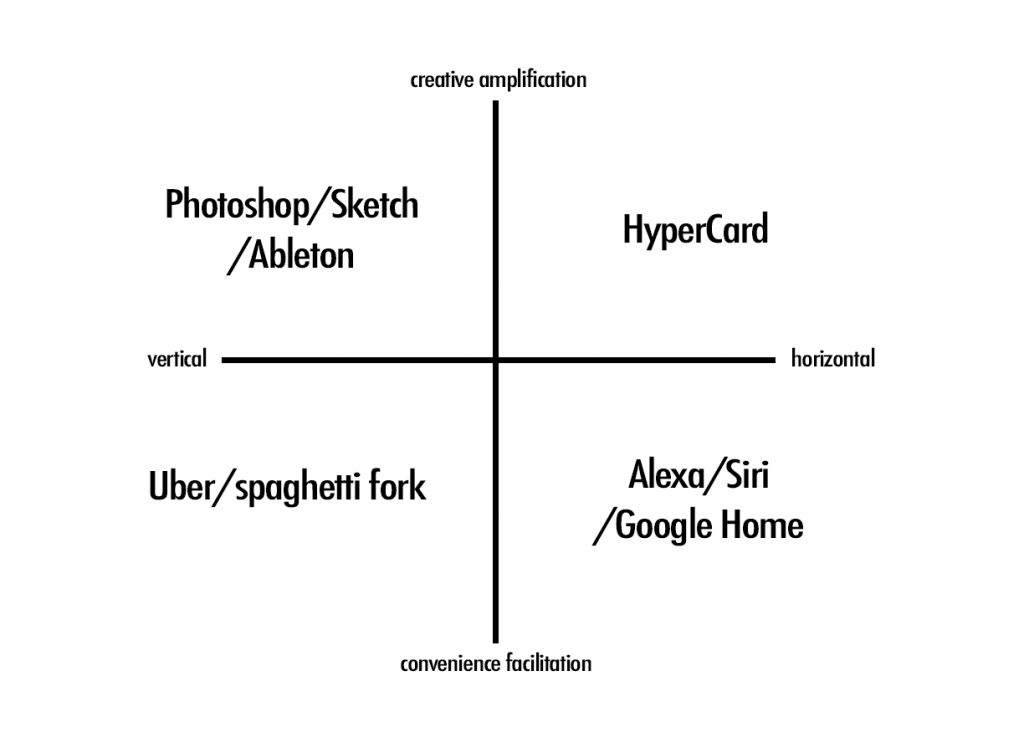 Freeing up time is great. The tools we’ve built to do it are great. But where we truly have a need today is for tools at the creative end of the spectrum—where our tools don’t just save us time or money but help us tackle more ambitious problems.

An example of a product with superb creative amplification

In the top left corner of the above 2x2, at the intersection of horizontal utility and creative amplification, we have HyperCard. This quadrant is the area where we see the least product innovation today and where we have perhaps the greatest need for it. Described by creator Bill Atkinson as a software “erector set,” HyperCard was a precursor to the web itself, released with an early version of the Macintosh OS. It gave users a set of tools for building interactive applications based on cards, records, a programming language called HyperTalk, and a basic database. According to records kept by the Victoria Museum, it was used—just in Melbourne alone— as:

In a “jobs to be done” driven development culture, a product like HyperCard would have to be evaluated against all of the above jobs. But these weren’t utilities that were programmed into HyperCard from the start. There was no one ideal distinct user type for HyperCard, no ideal use case. There was a basic set of applications that users could tap into from day one, but then there was just a range of infinite possibilities built on records and cards. 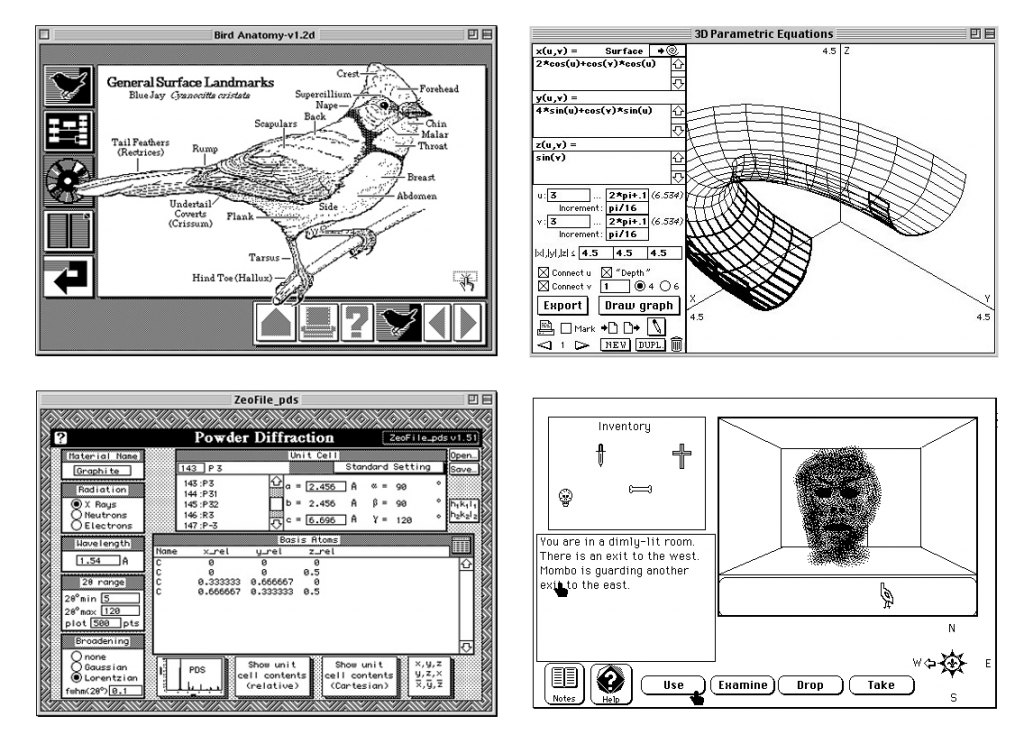 HyperCard found applications in the educational, entertainment, scientific, and many other industries.

HyperCard wasn’t a tool built to fill a specific need, but an emergent product that opened up and let users define it as they went along. It was a piece of software that, in the words of Alan Kay, sought to “teach the user deeper ideas about how the application is structured” and then “let the user open the hood” so they can fit it to their specific needs.

When you’re building products on the web today, the typical path is to build for a specific use case and to seek to reduce some element of friction, whether time or energy. Today, however, we have a glut of such tools. What we need are more emergent tools, more creative kits, more indeterminate, sandboxed applications that allow users to be creative and explore. Humans are a massive source of creative potential. When our tools don’t acknowledge that, we aren’t doing all we can to bring that potential to bear. Tim O’Reilly said, “don’t replace people. Augment them.”

Here are some ways to start thinking about building products that augment creative potential rather than replace:

An open-ended product is hard to build. You have to make very conscious decisions about what aspects to keep away from the user and what aspects to expose to them for manipulation. This is also, in many ways, an approach at odds with current trends in technology. The potential for human augmentation with technology, however, is far from tapped—and anyone building product today would be wise to consider how they can better harness the creativity and imagination of their users.

Editor’s note: This post is part of our Product Innovator Series that explores what it takes for businesses to survive and thrive in the product-led era.

Andrew Ofstad is the co-founder and Chief Product Officer of Airtable. Previously, he lead the redesign of Google’s flagship Maps product, and before that was a product manager for Android. Andrew studied Electrical Engineering and Economics at Duke after a childhood in rural Montana.