The mobile game is so popular that it has already raised Nintendo’s market value by $9 billion.

Hundreds of thousands of people “wanna be the very best, like no one ever was,” as evidenced by the wild success of Pokémon GO.

Brainchild of Niantic Labs and Nintendo, the augmented reality game is now installed on twice as many mobile devices as Tinder and has record-high user engagement, beating out social behemoths like Instagram and Snapchat for average time spent in-app per day. Even more mind-boggling: according to data from SimilarWeb, the app is on its way to having more daily active users than even Twitter! 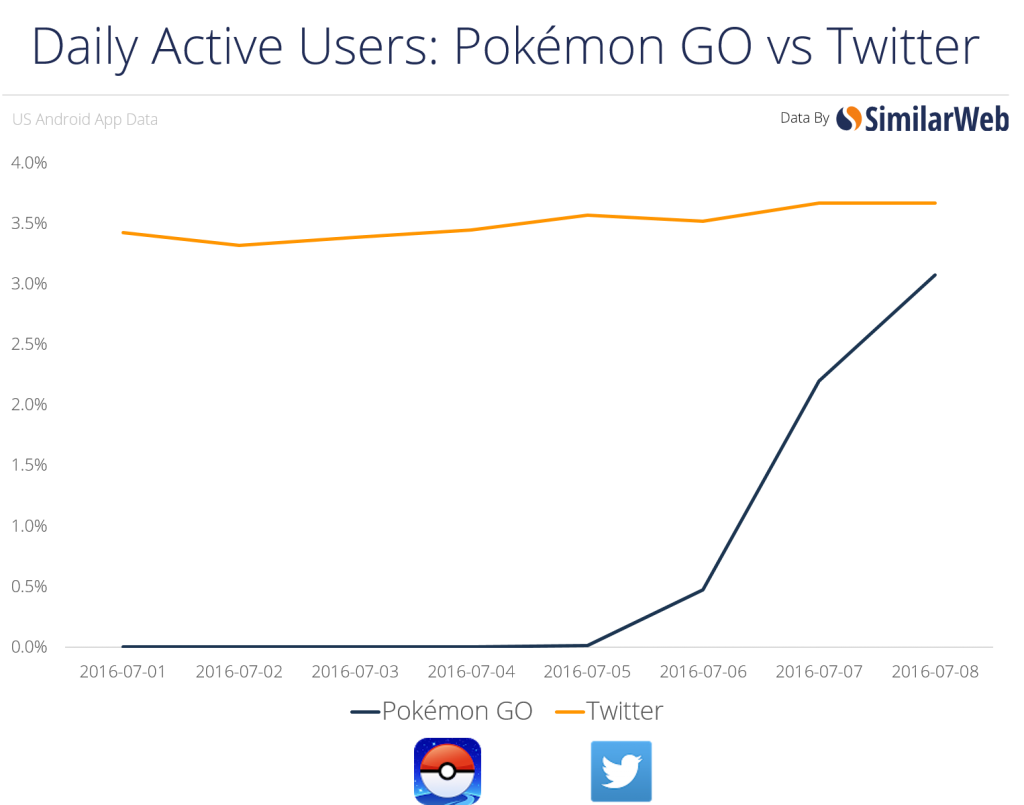 The mobile game is so popular that it has already raised Nintendo’s market value by $9 billion--and that’s just with the app being (officially) released in the U.S., Australia, and New Zealand.

Savvy businesses are taking advantage of the rise in foot traffic (from all those trainers “traveling across the land, searching far and wide,” so to speak) and finding creative ways to capitalize on eager Pokémon-seekers flocking to their vicinity.

Even experts can’t deny that the phenomenon of Pokémon GO may have a lasting impact on the mobile app gaming industry.

Though the numbers (and the sentiment) are promising, it’s too soon to tell whether Pokémon GO is actually here to stay or whether it’s passing frenzy. Either way, it’s teaching mobile developers an important lesson: when your product fails to get the traction you expect, you might want to try rebranding.

Because that’s exactly what Niantic did.

Five years ago, Niantic released their first real world exploration game: Ingress. The game still has loyal users, though it never took off with nearly as much velocity as Pokémon GO. In fact players of both Pokémon GO and Ingress will notice key similarities and gameplay mechanics:

Obviously there are some gameplay differences (the notable one being there’s no concept of capturing and collecting Pokémon-like things in Ingress), but the similarities were enough for many players to look at Pokémon GO as simply a new “skin” for the old Ingress game.

Why then is Pokémon GO’s popularity skyrocketing, while pretty much no one’s heard of Ingress?

Most businesses and/or products consider rebranding when their core product and audience has changed or growth has stagnated. Maybe the messaging isn’t clear, despite being a solid product. Or maybe the business has lost its identity and direction.

Given Ingress’s modest following, these reasons were probably not what motivated Niantic to “rebrand” Ingress into Pokémon GO; then again, Ingress wasn’t crashing any servers. By keeping the core of the original game the same and layering on the Pokémon “skin,” Niantic truly hit jackpot.

Why was this rebranding so virally successful? In a word: audience.

Rebranding a moderately successful app for the sake of more popularity is probably not the way to go to grow your business (why fix something that isn’t broken?), but what Pokémon GO illustrates is the importance of reaching a broader audience. If your product can touch more people, you’re on your way to creating something truly memorable.