Amplitude’s mission to help companies build better products is well-known. Our other mission? Make Amplitude a workplace where everyone can thrive. And we believe that guiding each of our employees to success starts with what we do from day one.

Eric Wang, a recently hired software engineer on our product engineering team, shares what it’s like to onboard with Amplitude’s engineering department.

What do you do at Amplitude?

I’m a software engineer on the product engineering team. I help build the platform where our users explore the data they send to us.

How did the first week play out?

“From day one, I was struck by the little things people did to make me feel welcome.” 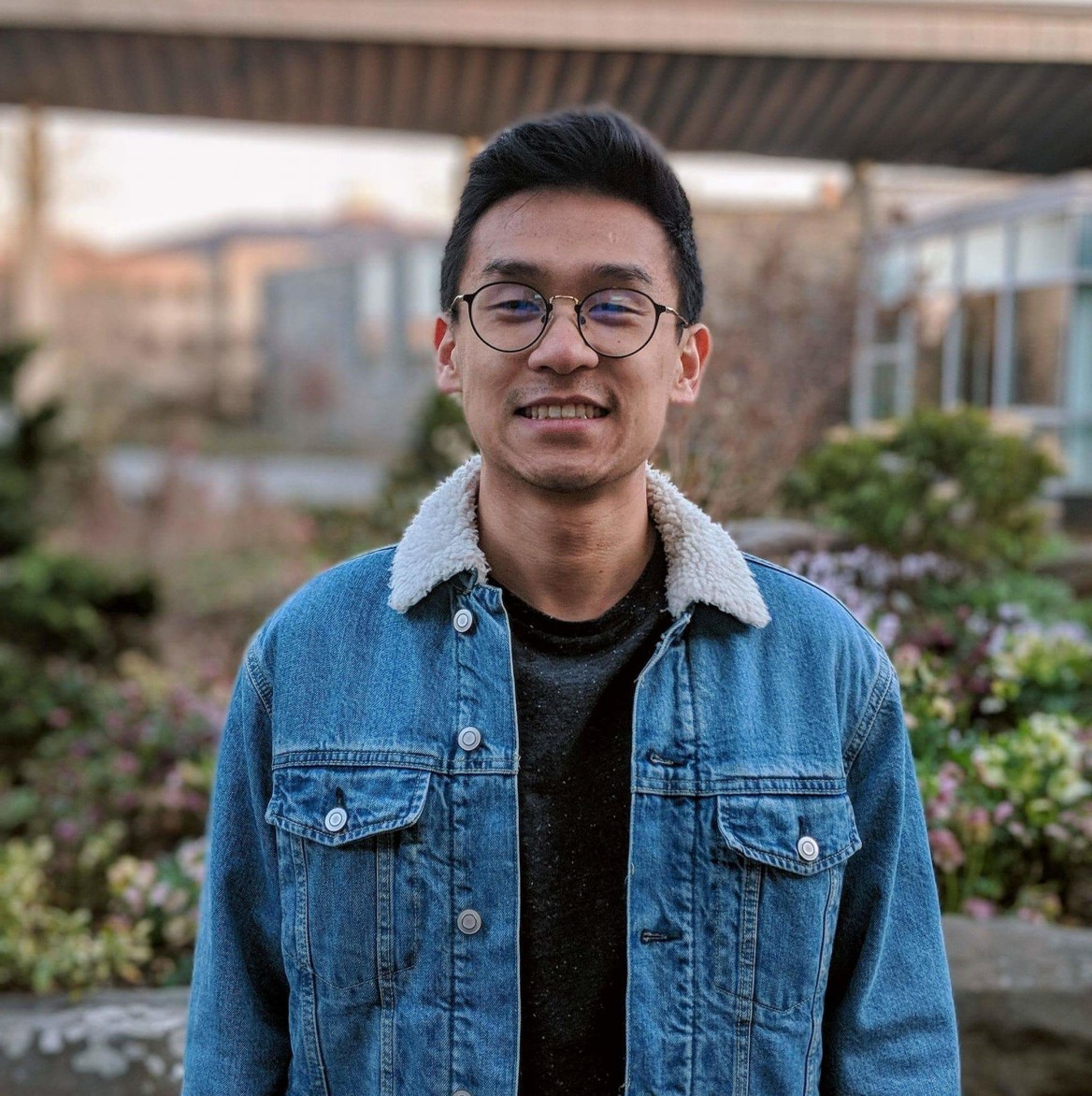 Eric Wang{/img}When you start a new job, the first week or so usually involves meetings with HR, your direct managers, or coworkers in roles similar to yours. Especially in a bigger company, it usually takes a while before you really get to know people, especially people in leadership roles who are busier and might not have time to meet you during your onboarding.

Even though Amplitude is growing, their onboarding is still done by the leadership team. Throughout the first week, I had sessions with the leader of each department. I learned about company values from Jeffrey, the chief architect; the company’s mission from Spenser, the CEO; product strategy with Justin, the VP of product; and engineering architecture with Curtis, the CTO.

Learn more about the Engineering team at Amplitude

Sitting down with the leadership team made me feel valued from day one. It’s also nice to touch base with people like Spencer at the beginning, because now I feel more comfortable approaching him and the others I interacted with in that first week.

Another memorable part of the first week was how friendly everyone was. From day one, I was struck by the little things people did to make me feel welcome, like standing up to greet me and smiling genuinely. It showed that my team cared about me being here. 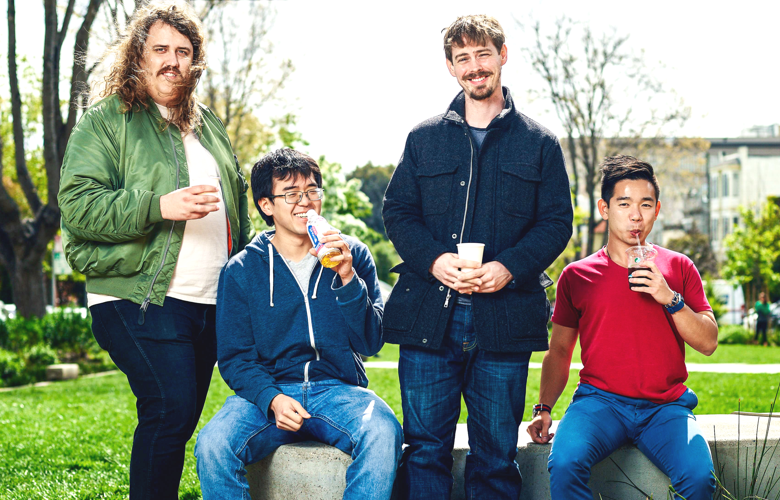 What is the team structure at Amplitude?

“Where most companies make you feel powerless when it comes to contributing to other departments, Amplitude empowers you to have more influence on the end-to-end creation of a product or feature.”

The traditional team setup can create bottlenecks and confusion. For instance, the engineering team gets features and bugs thrown at them through what can feel like a black box. It can get chaotic when trying to figure out who is accountable for what.

Amplitude takes a different approach. A team at Amplitude, or a “pod” as we call it, includes a designer, a product manager, and an engineer.

Each pod is given a direction. My team’s focus area is the new-user experience, for example. We sit together and work collaboratively, which helps with communication. At the beginning of the quarter, we get together to set our direction for the coming months by asking ourselves, “What are the features that we want to make this quarter that will improve the new-user experience?”

Pods remind you that you’re part of something bigger; you don’t just get caught up in whatever your particular role is. Instead, you realize you’re on a team made up of people all trying to achieve the same goal.

It’s also cool how much communication goes on between the engineers and designer. Even as an engineer, I get to offer my perspective about the feasibility of building a feature, as well as my perspective on the design. I think this is an unusual practice. Where most companies make you feel powerless when it comes to contributing to other departments, Amplitude empowers you to have more influence on the end-to-end creation of a product or feature.

Related: How to Organize Your Product Team Around Your North Star

What are two onboarding practices or tools that made a big difference when you were getting started?

Whenever we have a new hire, we do something called a “teardown,” where you take some time to interact with product in the way our customers would. The purpose is to find and highlight issues, as well as suggest changes that would improve the product and/or the user experience.

In my 30-minute teardown, I focused on the new-user experience and how I felt that we could do more for customers who are not as analytics-savvy.

The teardown was a productive way to immerse myself in our product and also feel that my opinion was valued. Fifteen or so people came to listen to my teardown, including people who are much more senior than I am and who genuinely wanted to hear what I had to say.

Also, we use the donut.ai slack integration to randomly pair people subscribed to our internal #coffeebuddies channel for company-expensed coffee. Great way to make friends and stay caffeinated! 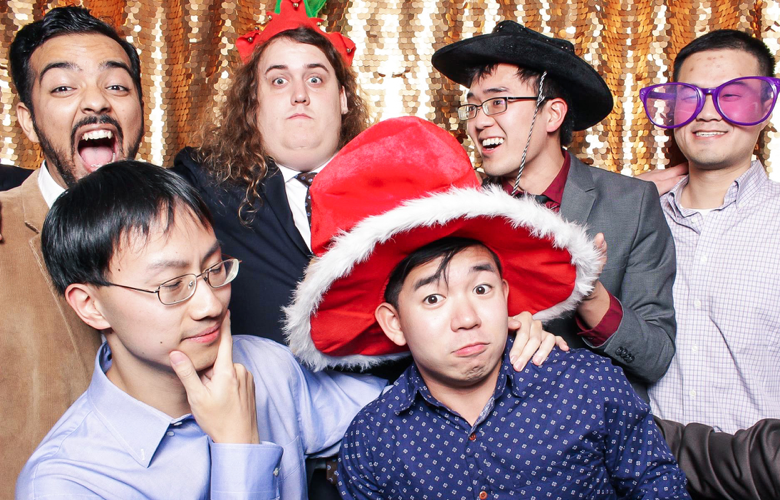 One photo booth, many engineers.

Getting started with a new job can be overwhelming. How do you avoid burning out?

Sleep well, drink coffee, and go at your own pace. Other people know that you need time to adjust. It’s easy to start overworking when you realize everyone around you is super productive, which leads you to believe that you need to be on that level immediately. However, that self-imposed pressure can actually hurt your performance. Better to start slowly, deliver great work, and ramp up as you get more comfortable.

In your first couple of weeks at Amplitude, you spent a day designing a T-shirt. Tell me more about that.

One day, Stacy, who is Amplitude’s recruiter for college students, went around the office to get our opinions on a T-shirt design.

I offered to mock up a few alternative designs. I ended up getting more involved than expected and was given a full day to create a new design.

After presenting the design, my colleagues offered their feedback, which I used to create a final design. The shirt will be at our career fairs coming up September 12 at Berkeley. 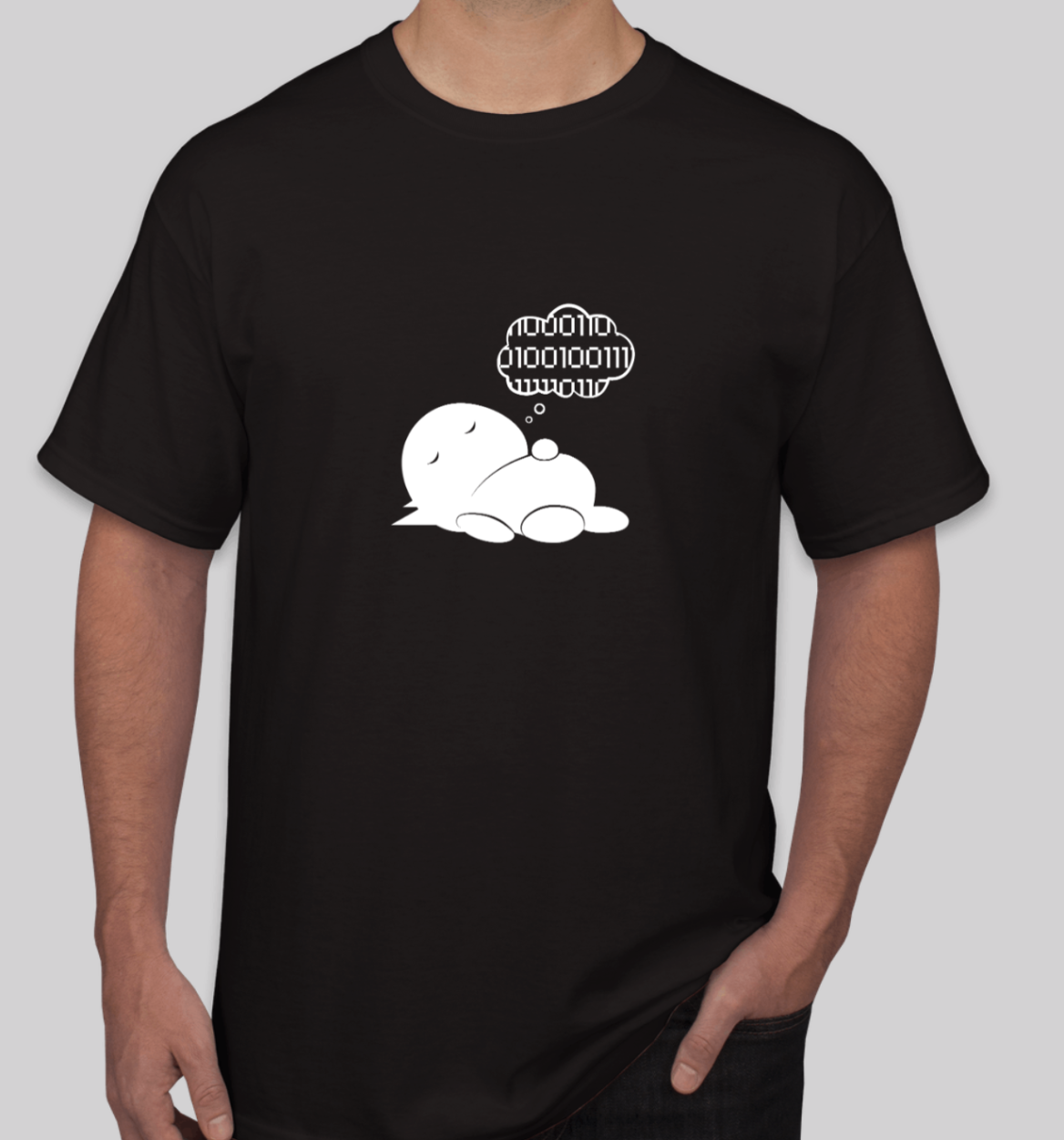 Look for this t-shirt, designed by Eric Wang himself, at the Berkeley career fair

I was grateful that Amplitude gave me the opportunity to spend a day doing something I never would do in my actual role. From that experience, I gained a new appreciation for the negotiation and iteration process designers go through. No matter what, own your vision, and expect to receive feedback — which may not all be positive.

The experience also opened my eyes to design work, which is something I’d love to learn more about. The designers at Amplitude already offered to give me some design work if I’m interested. 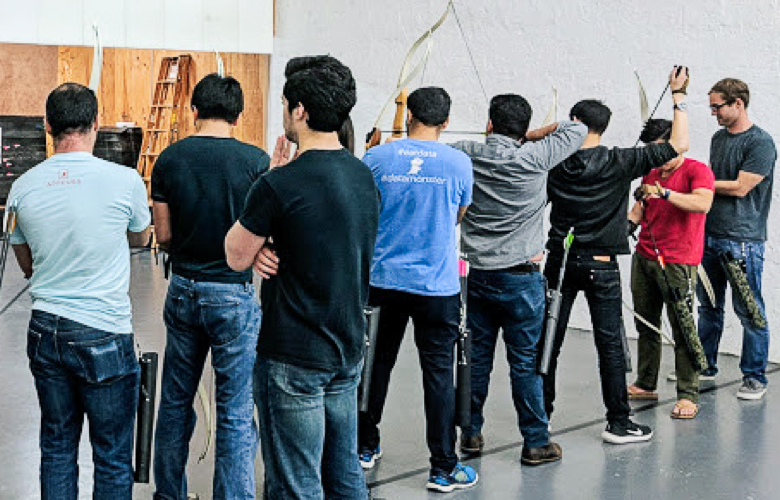 Amplitude engineers on an archery offsite.

Any advice for someone interested in going to one of Amplitude’s career fairs?

Everyone knows career fairs can be chaotic: Students fight each other for a couple minutes at each table, and company reps struggle to handle the deluge of students trying to hand in resumes.

My advice is to focus on a few companies and do your homework on them so that you don’t ask the same questions everyone else is, like, “How big is the company?” and “What does the company do?” Try to take 10 minutes to build a personal connection with a rep and learn about what they love about working there. You can use that information in your cover letter or interviews, and after getting that rep’s email, you can keep them as a point of contact throughout the application process.

Interested in a career in engineering and want to meet the Amplitude engineering team? Come along to one of our career fairs this fall: 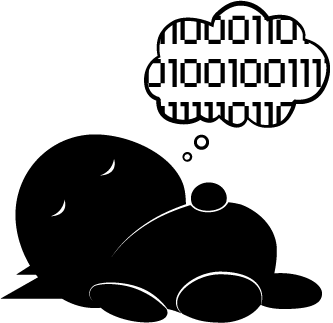