Nisha Dwivedi joined Amplitude for the people and stayed for the learning. She leads the Sales Engineering team here. We talked with Nisha about how she got into sales engineering, how the role is evolving industry-wide to be more inclusive of women, and why investing in diversity and inclusion matter. Please meet the Ampliteer, Nisha Dwivedi…

What motivated you to join Amplitude?

The people. At the time, I was pretty uneducated about the software startup world and didn’t fully grasp the depth of the product as I probably should have. Had I understood that better, it’d probably be a tie between people and product. After all of my interviews with the team, I knew I was going to learn at lightning speed from very humble people. That was the biggest deficiency in my previous job so it was a stark contrast and thus, an easy decision. Those conversations developed my conviction that regardless of what happened with Amplitude, the exposure I would get would absolutely be beneficial to me.

So you lead the Sales Engineering team at Amplitude. If we look across the industry, it appears that the field is predominantly men. How did you come to be an SE?

I initially joined Amplitude in 2015 as a Customer Success Manager working post-sales to help grow our existing accounts. As with any small company, I quickly had the opportunity to work outside of my role and started taking some meetings pre-sales to help out the Sales team. I was quickly learning how to be a partner to prospects while authentically selling the value of Amplitude – it was totally new to me! The risk associated with every meeting was exciting and something I got a lot of personal satisfaction from when deals would move along. The potential career growth opportunity for me as a Sales Engineer at Amplitude was huge so I decided to make the leap. It is interesting that the field today is overwhelmingly male since comparable roles seem to be much more balanced in terms of gender distribution i.e. consulting, customer success, etc. However, it’s encouraging that in the last year I’ve noticed more and more women in SE roles. I have a hunch it is because SE leaders are getting more creative in articulating the core competencies of the role and going outside of the existing SE pool to entice candidates. That approach helps to diversify the pipeline and draw in candidates who otherwise may not be interested in a typical “Sales” role; I’ve seen it working first-hand at Amplitude.

The sales engineering team at Amplitude. “The best part of my job today is collaborating with our existing SE team to develop what Sales Engineering is at Amplitude.” Photo taken October 2017

What is the most rewarding part of your role as a sales engineer?

If you had asked me a year ago, I would have said hands-down closing deals. While that is still very rewarding, the best part of my job today is collaborating with our existing SE team to develop what Sales Engineering is at Amplitude. We have the opportunity to really define what our team is capable of contributing to the company and how that is different from every other company out there. It doesn’t hurt that I get to do that work with an incredibly modest, creative, and motivated group of people.

What does an average day look like for you at Amplitude?

The great thing about how the SE role is developing at Amplitude is that my entire day is not just spent in prospect meetings, though that is a big part of it, it’s a combination of different activities. I spend the majority of my day preparing: strategizing with AEs & SDRs for upcoming meetings, developing new ideas for SE-specific processes and how to help our team scale, collaborating with our Product Development team so we can ensure Amplitude becomes a better product. It’s a mix of responsibilities that give me a wide range of ways to exercise and grow my skills. 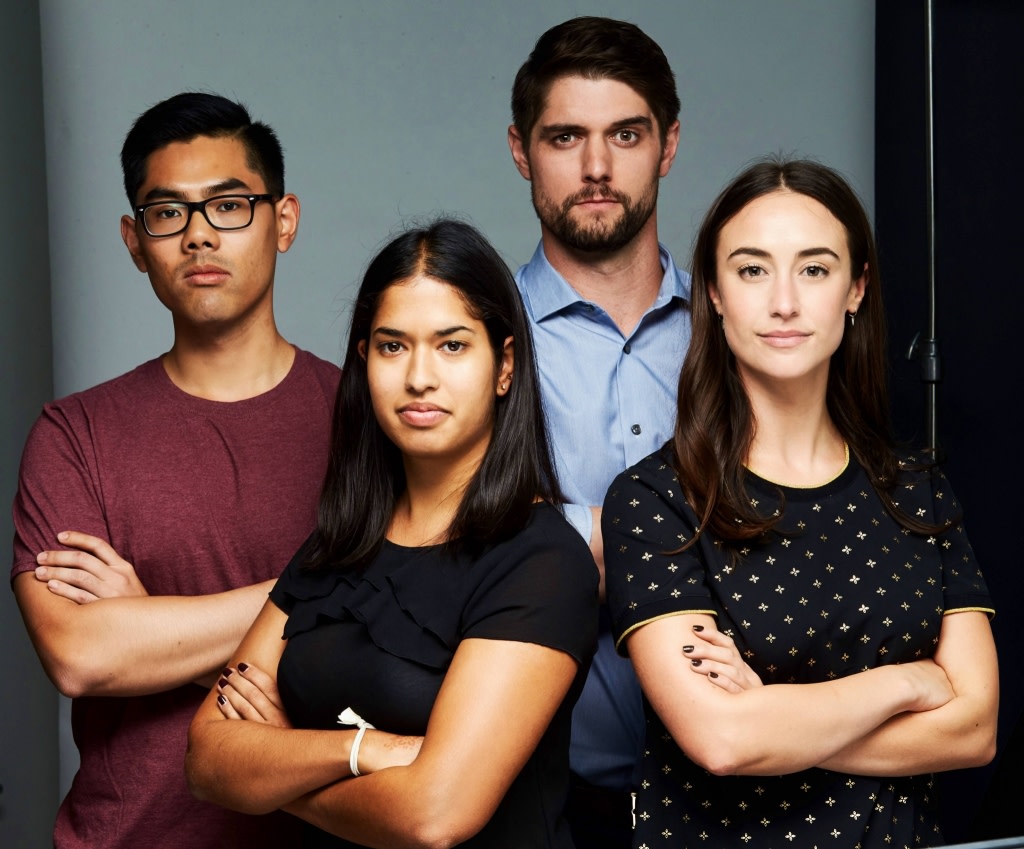 “I spend the majority of my day preparing: strategizing with AEs & SDRs for upcoming meetings, developing new ideas for SE-specific processes and how to help our team scale.” Sales Engineers at Amplitude.

Aside from your day-to-day, you lead a Diversity and Inclusion initiative at Amplitude. What does D&I look like at Amplitude?

The role of the D&I Team has remained consistent: Make Amplitude a place where people of any background can thrive. However, our method for doing so has changed several times as we try new things out. Today, D&I at Amplitude is focused on advocating for D&I initiatives at the company-level (goal-setting, improving our recruiting process, inclusion best practices) and educating Amplitude on why having a diverse group of employees will help us be successful (internal events to celebrate different groups, volunteer opportunities, writing blog posts, hosting internal learning sessions). We have an incredibly motivated cross-functional group of folks who contribute to the “how” of those initiatives which makes leading the D&I group so much fun!

Who is your spirit cartoon character?

This is tough because adult cartoons kind of weird me out. I’ll throw it back to the pre-Pixar era and say Bagheera from the Jungle Book. He was the definition of cool, calm and collected but was a total badass when the circumstances required it. :D