From Product Manager to Partner: An Interview with Ashley Carroll

When Ashley Carroll joined Social Capital, a Palo Alto based venture capital firm, she didn’t aspire to become an investor. Hailing from a tenured career in product management, she was just super passionate about working with startups. “I had become pretty active as a mentor and advisor to various startups and really enjoyed it! It was a nights and weekends hobby, but then I realized that helping entrepreneurs was a lot of what a good investor’s day-to-day entails.” 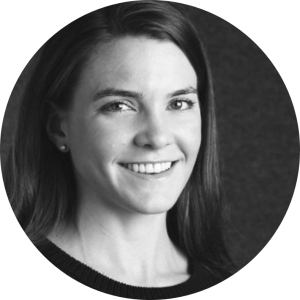 Ashley Carroll, Partner at Social Capital Yet after four months as an Entrepreneur In Residence, she joined on as a partner. Social Capital’s work consists of helping solve the world’s largest problems which it does by investing in technology in sectors such as healthcare and education, and companies both within and outside of the United States. In other words, sectors and geographies that have historically received relatively less venture investment. But she doesn’t think of her job or what her firm does as traditional venture capital. In fact, she refers to Social Capital as a company vs. a firm. “I don’t think about working in the VC space, but rather the broader startup ecosystem,” Ashley said in an interview. “One reason why I decided to work at Social Capital is that the team is good at recognizing that things are changing and we’re constantly innovating. I’ve seen a lot of this, even in the two years I’ve been there.” [Tweet “From Product Manager to Partner: An Interview with Ashley Carroll of @SocialCapital”] We spoke with Ashley about her career moves from SurveyMonkey to Optimizely to Docusign to Social Capital and her approach to product growth. We hosted Ashley on a panel of product leaders at DATAfest on Monday, June 12 2017 at the Great American Music Hall in San Francisco. Amplitude: I’m so excited to be talking with you because the last time we spoke, we were planning product launches at Optimizely and now you’re at Social Capital. Why the move from product to the venture capital world? What’s exciting you about Social Capital? Ashley: I actually joined Social Capital as an Entrepreneur in Residence, and was thinking about starting a company. So I was exploring some ideas of my own and also meeting a lot of startups, typically in an advisory capacity. By that point I had become pretty active as a mentor and advisor to various startups and really enjoyed it! It was a nights and weekends hobby, but. then I realized that helping entrepreneurs was a lot of what a good investor’s day-to-day entails. 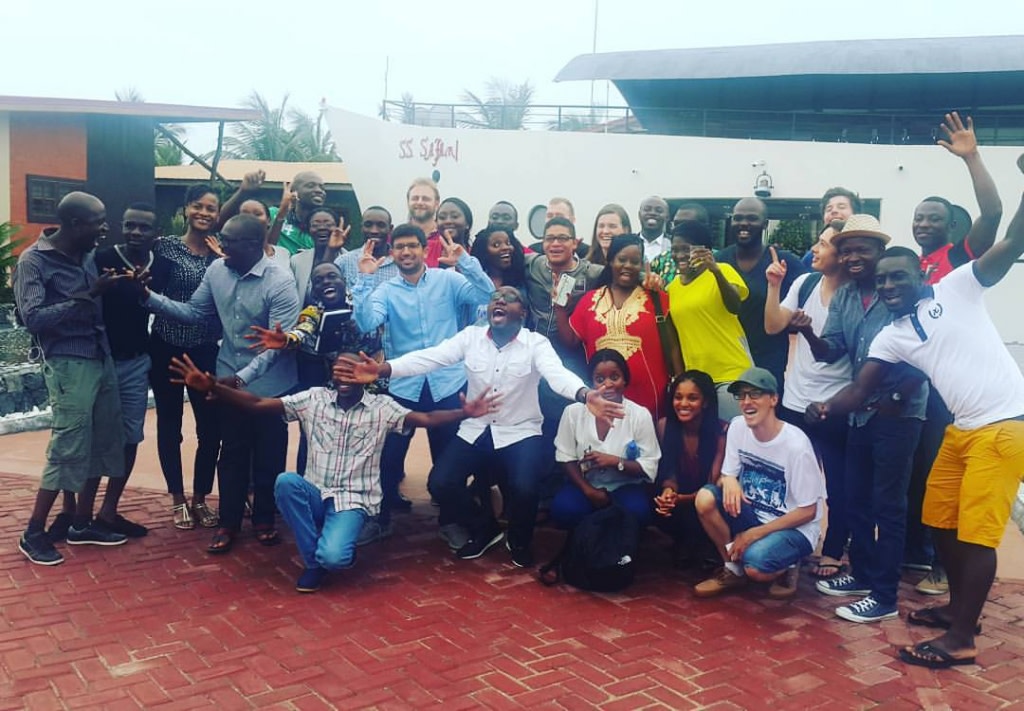 Ashley in Ghana with the team at mPharma. I didn’t have much interest in joining a VC firm, to be honest, but it soon became clear that Social Capital is pretty different and ultimately, I decided to take the leap because of the team. I’ve had some great job experiences and some not-so-great ones, and it’s always more correlated with team than product or business, so I decided to optimize for team. Amplitude: Do you see yourself in the VC space for a long time? Ashley: I don’t think about working in the VC space, but rather the broader startup ecosystem and I definitely see myself playing a role here for a long time. I actually think the ecosystem, and especially the VC component, is going to change a lot in the coming years. It’s kind of ironic: for how much the VC industry talks about innovation, it hasn’t really changed since it started. We talk a lot about startups disrupting archaic industries and there’s no reason why VC can’t be next. There will be a lot more software and technology involved, both for capital deployment as well as for nurturing and helping companies. Amplitude: What a perfect role for you because based on what I know about Social Capital, the firm is quite involved in advising on product and growth. You’re managing many products at the same time. Ashley: We have a pretty data-driven approach both when considering new investments as well as helping companies post-investment. Everything from data infrastructure best practices to recommendations around what tools to use for what to analytics and reporting. We actually have a team of data scientists and user acquisition specialists internally. They deploy into portfolio companies for varied periods of time depending on the needs. In some cases they help bring best practices to existing growth initiatives; in others they’ll spin up a specific program from scratch and even help with hiring full-time employees once the company is ready to take the program over. Everyone talks about value-add investing, which is of varying degrees of existence and helpfulness, but our platform team is definitely super-involved with our portfolio companies. Amplitude: What are some of the metrics you’re considering when vetting a new company? Ashley: A common thing that we ask during due diligence is cohort data. Sometimes companies aren’t looking at their data in that way because they don’t have the right instrumentation or they haven’t made the time or they don’t have experience doing that. So that’s when we’ll say “Cool, you’re tracking user and revenue growth, you’re tracking CAC and LTV, that’s great, but here’s what you can learn by looking at things across cohorts.” 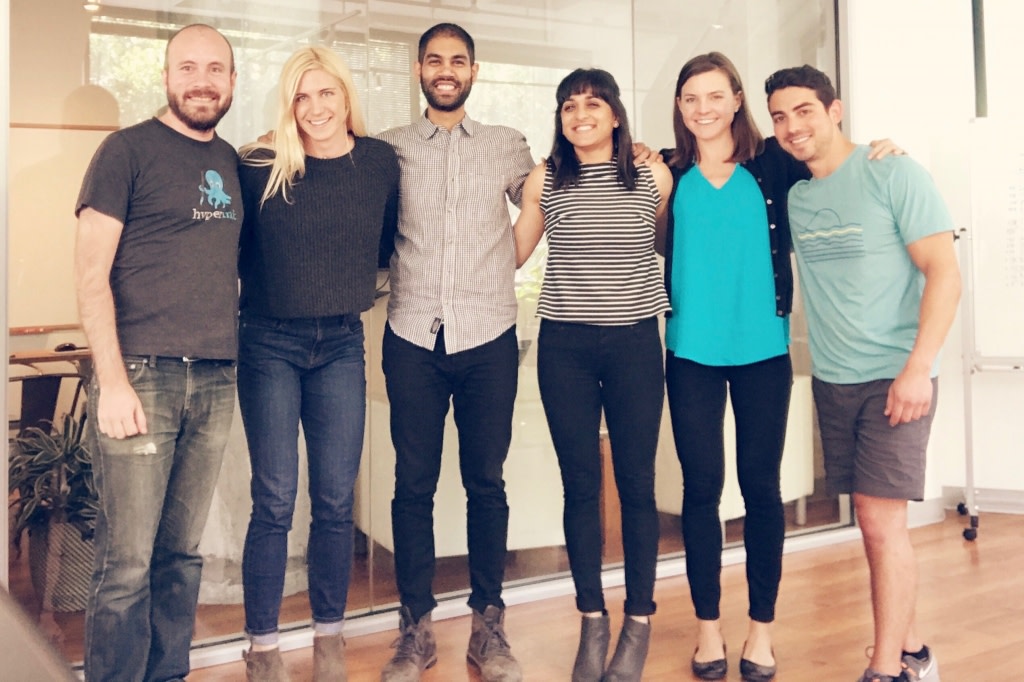 Ashley with the Sempre Health team in San Francisco. We help a lot of companies with metrics during the diligence process and then we’ll obviously help portfolio companies manage post-investment. In fact, not infrequently, we’ll decide to not invest in a company and they’ll reach back out asking us to help them with the same analysis we did during diligence. This is why we’ve started to build and release content and even tools, such as our Magic 8-Ball tool, where entrepreneurs anywhere in the world can learn about growth metrics and get analytics help. And what’s really valuable is that we have a lot of data points to use as comparison. For example, we can say, “Compared to similar companies at this stage, this metric is really good or not so good,” and, “this is what we’ve seen in the very best companies and would be a great goal.” Benchmark information is really valuable to entrepreneurs. Amplitude: Would you say that this is kind the product analytics data that you’re sourcing and extracting, helping them come to see? Ashley: Sometimes we are helping with the actual data infrastructure. Questions like, where do we store all this data? How do we access it? Pretty technical data pipeline stuff to GUIs, etc. We provide a bit of advice on tools. For example, for a mobile first company, we would tell them, “here’s the go-to marketing stack.” A very common challenge is connecting UI analytics data with transactional, financial, etc. data. So we frequently help companies connect data silos and liberate hard-to-access data. Amplitude: Liberating the data silos and therefore access to data is such an important action. The Head of Product at Amplitude recently published an article about the need to redesign the analytics stack to increase accessibility and independence for more people in the organization to use data. Ashley: Yeah, that’s definitely a problem we see a lot of. Our approach with companies right now is to encourage most of them to hire a data scientist because it is largely a query-based world especially once you’re connected at multiple data sources. We do a bit of helping place data scientists. Amplitude: You’ve been in the product space for almost ten years. What do you think are some of the major challenges and accomplishments back when you were at SurveyMonkey compared to what you’re seeing now? Ashley: Well my product experience across SurveyMonkey, Optimizely, Docusign, were at different phases of company lifecycle. Having seen every stage from MVP and single-digit millions of revenue through growth and hundreds of millions of revenue has been pretty helpful to my current job because I have a deep understanding of how the product and company more broadly, needs to evolve as a company matures. I can give fairly tailored guidance and have a great degree of empathy, which is really important.